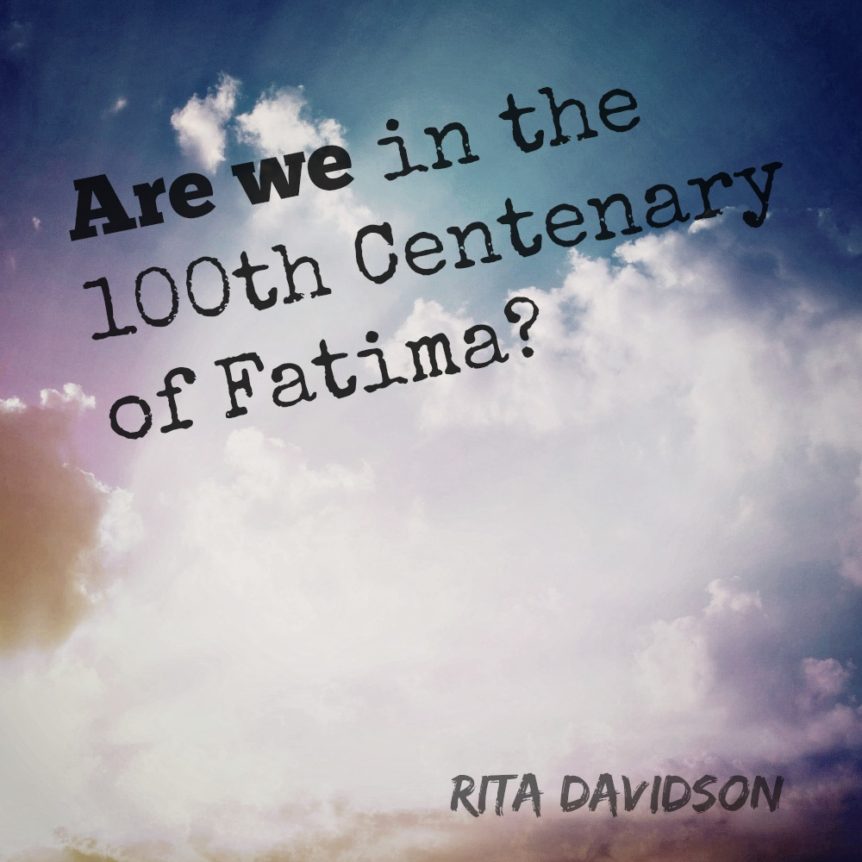 Are we in the 100th Centenary of Fatima?

“you mentioned that this October (2016) is the 100th anniversary of Fatima(1917), but that is not until next October, 2017.” ? I got this message QUITE a few times this week. So I thought I better address this so you don’t think I’m making this stuff up!? LOL (Well you never know,  SOME DO make stuff up.) LOL

Many people thought that 2017 is the 100th anniversary of Fatima, but as we all know in the Church anytime there is a great FEAST day, the day BEFORE it our fasting ENDS at noon!

Remember on Easter, how we begin to celebrate on Holy Saturday for example? This is in anticipation of the GREAT FEAST that is coming. Isn’t God SOOOO good to treat us, His children, like this? Knowing how much we want to celebrate and throw off the shackles of mourning so quickly? LOL

Well truly Our Lady of Fatima appeared to us beginning May 1917 and for six months until October 1917 where she preformed the great miracle of the sun for all the people.

So it isn’t surprising that the 100th centenary anniversary of Fatima actually began THIS May 2016 leading up to this coming May 2017! YES!

The 100th centenary anniversary was officially opened by the Church May 2016 this year. You can read about it right here if you don’t believe me Church Crisis in light of the Fatima secret.

I HIGHLY recommend reading that article too!

So now that we agree we are in the 10oth centenary anniversary, how many more rosaries, how many more sacrifices and how many more prayers will we do in reparation for the BIG feast of Fatima 2017? Will you try to understand modesty better, that Our Lady of Fatima asked so you can commit to a new year of real Catholic modesty?

LAST DAY to SAVE on this Feast of St Therese, and grab a Pre-Sale copy!