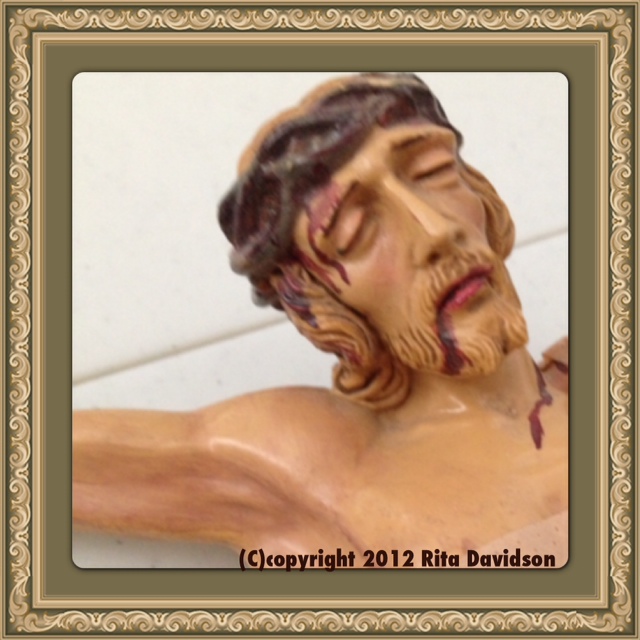 When God Leaves His Mark on you

Birth is a wonderous thing. Liam was our first VBAC, after our last baby, Joseph being a c-section. Little did I know he would be the cause of God leaving His mark on me.

When it was time for Liam to be born, he took his time. It was a stressful time with our girls recently gone from our family and other things up in the air. When it came time for him to join the world it was not a joyous time in our family.

We got the needed preparations ready, and after 5 days in early labor, dropped off the boys. No sooner did we drop them off, labor started to pick up. I chuckled thinking it was ‘waiting’ for all the preparations, and we should have dropped them off sooner.

By 4am it was time to head to hospital. With an hour drive ahead of us, we waited as long as we could before it was too late.

Meeting the midwives there it surprised me to discover I was 6cm dilated. Wow, more than I ever was before! I was assured this baby would just be a few hours. Maybe by 7am he/she would be here!

Don’t ever plan, for labor, or for life. I mean, for me at least, just when everything seems most clear and obvious, God will throw a wrench into your plans and surprise you. Yes, this is how he treats, the least of his friends. (and I love Him for it!)

First it was discovered I was dehydrated (a chronic condition of mine, especially during labor). So, it was time for an IV. Well those things aren’t nice, but well, you do what is necessary and take a deep breath.

Then, trying to be as nice as she could, she apologized and said she missed the vein and would have to try again. I remembered this happening before, so I chuckled and said okay. She tried yet again, with no luck. One last time, and she apologized again saying she would try the other hand. I thought nothing much of this.

So, again, the other hand was prepared. Deep breath. Apology again. Try again. More preparing, more deep breath, more hoping. Another apology. I had to really start laughing now, as here I was having good contractions, one hand damaged from 3 IV tries, and here she was failing on another hand.

Then she tried again. As the needle searched for the vein and found it, my mind was riveted to the fact that I had 3 attempts on one hand, and 3 attempts on another hand. I got a foreboding that something was to come. I have a thing with numbers you see.

Not a strange, “voodoo thing”, but you see I look for God’s mark everywhere. His mark can come to you in any way. It might be that payment you so desperately needed, then got it with 3% interest. Or, that loved one you were so scared about, and found a picture of Our Lord in a ditch, beside a field. Yes, we have had all these things happen. And so I look for signs (not signs and wonders) but small signs that God is there.

Onward went the labor. I had my working IV and my 3 scars on each hand. Fluids started to rebuild my depleted reserves. As I lay there I thought of my 3 estranged daughters, and vowed to offer up every pain from this labor for them. Asked God to protect them and take my suffering for them. For their faith. It was all I could do. I didn’t realize what I was asking though.

Contractions started to become more regular. Now I thought it was looking like progress. My midwives checked in on me, and said they were going to check in on another client. So, while I was not terribly pleased with being left with only hospital staff, I relented thinking they would be back.

When your in labor, it’s like time stands still. Your not aware of much else, except that clock you use to time your contractions and help you keep control. It’s real work to stay in control when contractions are coming in so long and hard. So, natural yet so intense. Only God could have designed such a process to bring into the world a precious new soul.

During birth I feel so much closer to God. As time stands still, you know that so much of your process is out of your control. This intensity is beyond your normal ability yet, God gives you the strength. This is when you have to rely entirely on God. So fully distrusting of yourself. No greater time helps you realize how great you need God than during birth.

As I sensed the intensity increase, they confirmed I had entered transition. It was only a matter of time. Now, being in the bed, they wanted to monitor the baby, so strapped me with those sensors to measure heartbeat. Now there was no way I could move. This would end up significant later.

Next we learned the heartbeat was being compromised, they were concerned and so moved me onto my side. After a time my back started to hurt, the muscles tensing for too long due to the blankets they put behind my back. Now I had an intense ache in my upper back on top of my transition labor. But I figured it wouldn’t be long.

Time really stood still, as there was no movement from transition to birth. All I could do was count the time between the severe contractions, and rest in between the short breaks. Even between the contractions there was no rest now, with the severe back aching I had that would not ease up. Just when you think you have had enough, God gives you more strength and you go on. But as time went on, I really began getting desperate. I didn’t realize not getting up and around from this strapping might be leading to this.

I started talking desperate, and this scared my husband. I was begging for a c-section. I mean begging. I just couldn’t do it any longer. I felt trapped in this labor, with no end in sight, no break from the intensity of both the labor and the back pain. Remember now this was a VBAC and so this was really a failure in my mind to suddenly want a c-section when I so much wanted this VBAC. But I asked for it all the same.

As I was dejected and even I knew my crazy talk was likely just from transition. They prepared me for the epidural and sat me up much to my whining. I had not had any freezing up to this point. Sitting on the edge of the bed and preparing my back, I suddenly realized my bladder was very full. As they moved over the portable commode for me to use, within minutes I suddenly realized the baby had moved DOWN. With my head more clear, I looked up and noticed, three hours had passed. Hmmm… Three hours in that long Gethsemane, three hours I lay there feeling forsaken.

It was then we all realized it was the full bladder that had held the baby UP. How interesting without the midwives there to remind me, this was the cause of my 3 hours of agony. Who could have planned this? This safe, but excruciating pain, that would go to help my daughters, whom I had earlier offered up this labor? Hmmm.

Now the obstetrician came in and firmly told me. “Give me 10 minutes and you will have a baby. You don’t need that epidural.” This older obstetrician turned out to be the first one we had with our first daughter in 1986. Who could have planned for that to happen! A jewish man, that joked, “I have seen you one too many times,” (looking at the list of 6 previous children we had) I don’t want to see you again.” He was joking, but serious too.

I thought his comments so sad but, didn’t think much of it. Since this is how the world thinks. This brand new baby was born, the easiest one, at the end, thanks to his great training.

As we were moved into my room and I had time to think, the sadness in our lives returned to my mind. Time had returned. I pondered the difficult birth, exhausting but good. The signs everywhere of Gods care, the 3 punctures I could see in each hand, the 3 hours in transition that I survived. I just felt enveloped in His loving care, despite the difficulties in our lives.

Then I picked up Liam to nurse him – my brand new baby. And the first thing he did was look up at me and smile. I was stunned. There he was looking right up at me with smiling eyes. It was then I really felt that God was really there. All the suffering all the signs, all the marks I had on me, all a sign to me that God was truly there. He couldn’t remove my sorrows, but He could comfort us. He couldn’t wipe away every tear here, but he could shelter us with His love.

I have learned no greater lesson than the ones I have learned from suffering. While our body recoils from suffering, and I still do, our souls thirst for it. As I looked at my hands, the visible punctures still there, tears streamed down my face. Liam had looked up at me and smiled, something so rare for a newborn. God has sent His sweetest of consolations.

Next time, you have a cross to carry, look for those signs. Hmmm… I just realized Liam is now three, when I decided to write this. Another ‘three’ in this story. The signs that will tell you God, is truly there. Don’t look for big signs and wonders, but the small everyday signs that He gives for us. Those marks He leaves with us. The signs he is there, and that same God is coming to us this Christmas. Seek Him. For He is the signs and wonders we need.

Do you have a story to share where God touched your life ?

Rita is a Catholic wife and mother of seven children. She reverted back to the faith when her oldest was making her First Communion. By then, she had completed degrees in Hairdressing and Make up artistry. She went on to receive a degree in Natural Health and another degree in Art. At age 26, Rita suffered a minor stroke. With no lasting effects, this dramatically changed her outlook on life. In 1996, Rita began ‘Little Flowers Family Apostolates’ to reach out to other families with her new found faith, by creating unique Catholic books and resources.. In 1999, she wrote the bestselling, ‘Immodesty; Satan’s Virtue’. She was editor of ‘The Catholic Health Letter’ for 7 years. She has been a homeschooling mom for 20+ years, and has written for various magazines. She is honored that families have trusted her with their questions, needs and concerns over the years. She continues to write and reach out to Catholic families with her husband, Mark and their 4 boys through http://www.LittleFlowersFamilyPress.com