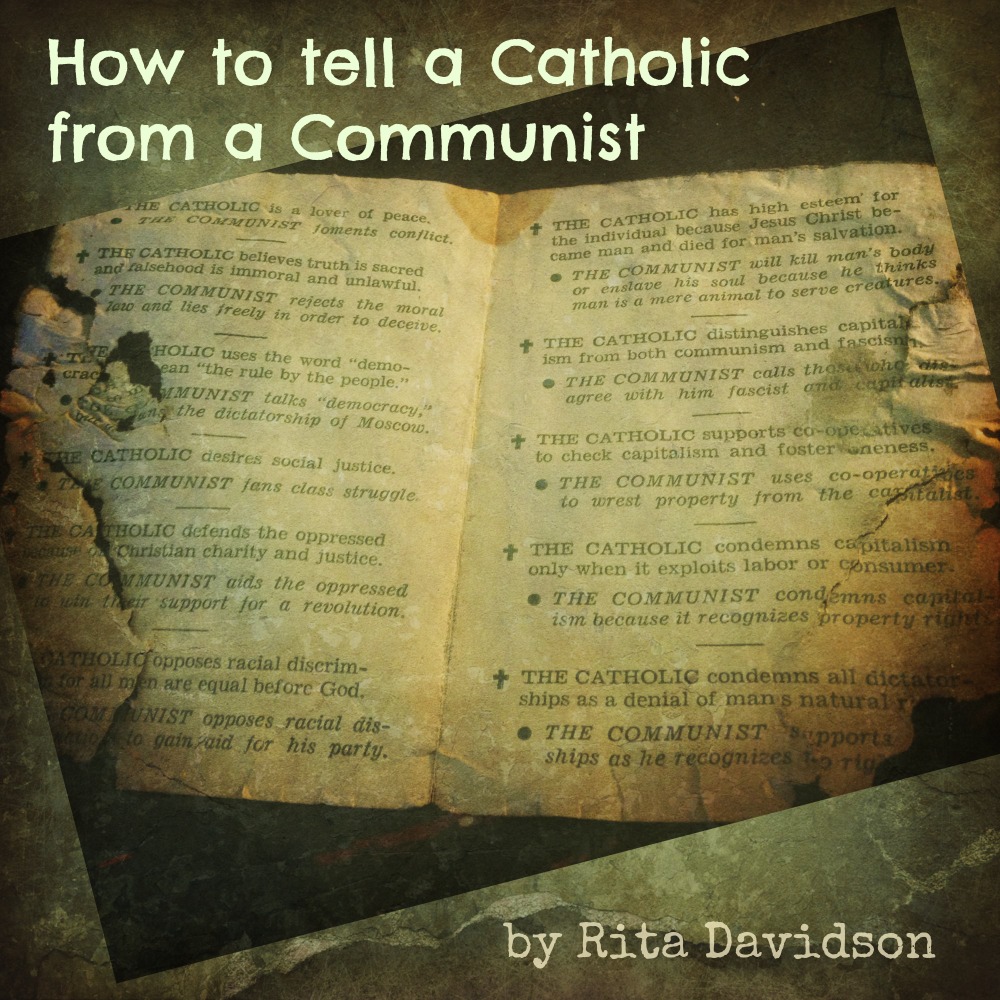 How to Tell a Catholic from a Communist

I was sifting through our ‘fire’ boxes yesterday. So many memories covered in smelly soot. If you haven’t joined me on my Facebook page that is where I share most of our day to day ramblings. I found this pamphlet among some other fairly miraculous ones (if I do say so myself) and thought this was SO important to share. What an eye-opening look at Communism. Now after reading this, tell me if you think Communism is dead?!

The Catholic believes in the teachings of our Lord Jesus Christ.

The CATHOLIC believes in heaven and hell as a reward or punishment in the hereafter.

The CATHOLIC says every man has a personality that is sacred and inviolate.

THE CATHOLIC is a lover of peace.

THE CATHOLIC believes truth is sacred and falsehood is immoral and unlawful.

THE CATHOLIC uses the word “democracy’ to mean ‘the rule by the people.”

THE CATHOLIC defends the oppressed because of Christian charity and justice.

THE CATHOLIC opposes racial discrimination for all men are equal before God.

THE CATHOLIC has high esteem for the individual because Jesus Christ became man and died for man’s salvation.

THE CATHOLIC distinguishes capitalism from both communism and fascism.

THE CATHOLIC supports co-operatives to check capitalism and foster oneness.

The CATHOLIC condemns capitalism only when it exploits labor or consumer.

THE CATHOLIC condemns all dictatorships as a denial of man’s natural rights.

THE CATHOLIC is a patriotic citizen who gladly gives his life for his country.

THE CATHOLIC supports good causes in the fulfillment of the teaching of Christ.

The CATHOLIC believes man has free will and is responsible for his actions.

THE CATHOLIC knows that man was made to know, love and serve God here on earth and enjoy eternity with Him.

After reading this, Do YOU think Communism is dead? 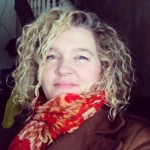 Rita is a Catholic wife, and mother of seven, with three autistic boys. Currently a published author, of “Immodesty, Satan’s Virtue” and speaker, she is a licensed Hairdresser, Professional Make Up artist with a degree in Natural Health. After overcoming a stroke, disabilities, they recently lost everything in a devastating house fire that made them homeless for six months. She is determined to lead souls back to Christ by carrying their crosses with Joy!