When I had a pre-screening viewing of the Case for Christ, I was well OVERjoyed! Let me say I was so excited to be able to see this movie about proving that the faith was real.

But then life hit and I got sick and things got really sidetracked. So this review never got posted. But better late than never, I say, so here it is. 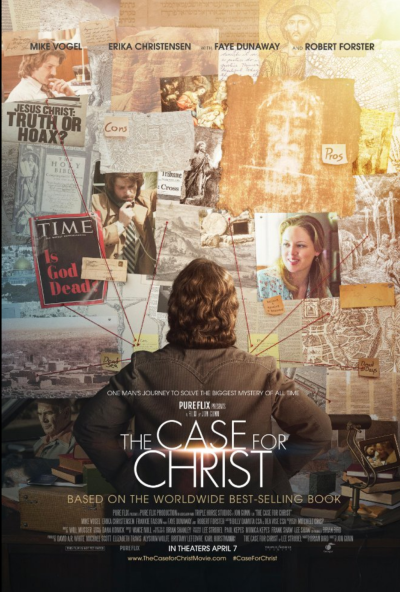 The movie opens with their daughter choking in a restaurant and their chance meeting of a Christian woman, Alfie Davis (L. Scott Caldwell) who is a nurse and saves her. She remains an influence throughout the movie.

Lee Strobel (Mike Vogel) is a very anti-Christian but award winning jounalist. While his wife, Leslie’s (Erika Christensen) warms up after the shocking way her daughter nearly died choking, her husband is anything but warm. They have a good marriage, but for anyone who converts later in their marriage, it can put a terrible strain on even a good marriage. This movie showed this very well.

When Leslie finally breaks the news to her husband an avowed atheist. He puts up some really familiar obstacles. Jealousy of Leslies new found faith is her first cross. Accusing her of being in ‘love with another man’. I remember being told this myself from my husband in our early days. It is a lonely place to be.

But behind his wife’s back he decides to try prove his wife wrong, and prove that God does not exist. In his blindness and fear he doesn’t fully realize what he is doing. As a journalist he begins traveling to uncover the truth.

In the meantime, his marriage gets increasingly strained. His wife is shown stuggling and I’m sure much more in real life, but she continues to pray for him.

He visits a Catholic priest, Fr. Marquez to compare surviving texts and is amazed at how many there are. Some 500 I think….like wow! He is really digging for is the truth and even sees the shroud. But he doesn’t realize that his own blindness affects his ability to SEE the truth.

He visits a medical doctor who proves the crucifixtion and authors and researchers and finally his friend at the paper says “Stop blaming me and the Church and God, and do your job.”

When his father finally passes away, he has to deal with the estranged relationship he had with him. By solving that wound, he uncovers his own bias to God. His inability to see his father’s love for him, kept him from being able to see God’s love for him. I thought that was simply amazing and beautiful at the same time.

All in all the movie was amazing…I mean just to see the faith picked apart by an atheist who finally proves to himself that God is real. We all need a reminder of these proofs today to cure our own lukewarmness.

I guess the only surprise I had was that he didn’t become a Catholic…(haha J niave me eh?) He is a Professor and Baptist Pastor now for the last 30+ years. Still writing.

But regardless this is a beautiful story of Gods patience with His children and highly recommended for your family and teens. No immodesty either!

You can pre-order it here:

Have you see it? Give me your thoughts on the movie below. 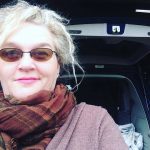 Rita is a Catholic wife, and mother of seven, with three autistic boys.  Author, of “Immodesty, Satan’s Virtue” (2001) and speaker, she has a PASSION for making #realcatholicmodesty understood. She is a licensed Hairdresser, and Make Up Pro, Certified Christian Image Stylist. With a degree in Natural Health she enjoys essential oils & Jamberry Nail Wraps. She enjoys making people smile and sharing God’s love with anyone who will listen. After overcoming a stroke, disabilities, they lost everything in a devastating house fire that made them homeless for six months. She is determined to lead souls back to Christ by finding the #realcatholicbeauty in their lives by carrying their cross with JOY!