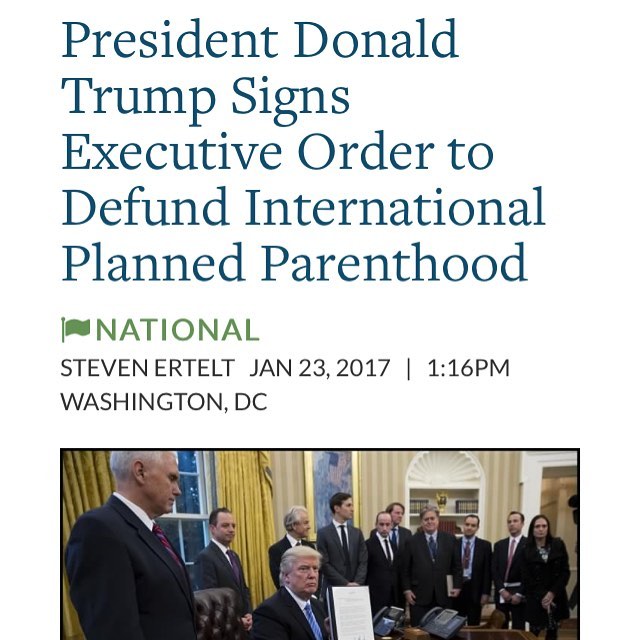 Today was a family day out for us. It wasn’t long before I was interrupted by rumors that President Trump had given the US military a raise…? hmmm I thought…I gotta pay attention to this.

You know it’s funny but the Media has been working like a well oiled machine. If anyone still LISTENS to the news? (do you?) Whether it is Twitter, Facebook or the local newspaper there is an AGENDA a most of the time and you aren’t hearing the full story. Sometimes that means your NOT HEARING THE STORY AT ALL. Ahem!

Take for example the Prolife Marches that NEVER get on the evening news. Or the undercover work of Planned Parenthood selling baby parts,  that never seen the light of the day. We have to admit we live in a country that is feeding us ‘their’ version of the news they ‘want’ us to hear and see. Then I seen this come through and shared it on my Facebook page:

GuardianUS – tells us PROOF of altered photos published of Trumps Inauguration Day. Have you listened to his speech? (I did and I’m well, speechless!) I’m so PROUD of his Press Secretary Sean Spicer for exposing the media’s propaganda machine that has been lying to us for too long. People this is a great GRACE God has given to the US being felt around the world. We must PRAY like never before for President Trump that he may do much good now despite his enemies. No he is not perfect but God uses who HE chooses. #trump

Trump’s Enemies are many. Maybe his life isn’t perfect, but the media sure won’t let him forget his past… Unfortunately I have seen far too many Catholics fall for the media’s lies as well. We must WAKE up people. We must not accept every news story we hear, but investigate it yourselves, read the original documents, listen to the actual video, don’t let others do the work for you – we must now be clever and THINK for ourselves, lest we be blinded by the media machine out there. Up here in Canada all we hear are lies. Lies about Trump that we would never understand the truth if we only listened to the CBC news up here. It’s very maddening!

Later the same day, I seen THIS

Trump Defunded Planned Parenthood. NO way?! So I read more and shared this on my Facebook page:

and if you want to hear it for yourself, here is Sean Spicer, Press Secretary explaining how Trump is Pro-life!
[TRANSCRIPT]

QUESTION: Of all the policy, or actions that a President could have taken today, he chose to reinstate the (inaudible) policy. What message is sending here? Does he see the elimination reduction of abortions as an American value? And also here at home, can full (ph) life American’s expect him to put his signature that will defund planned parenthood.

SPICER: Well I think the president, it’s no secret, has made himself-made it very clear that he’s a pro-life president. He wants to stand up for all American’s including the unborn and I think the reinstatement of this policy is not just something that echoes that value but respects tax payer funding as well. And ensure that we’re standing up, not just for life, for life of the unborn but also for tax payer funds that are being spent overseas to perform an action that is contrary to the values of this president . And I think continue to further illustrate, not just to the folks here in this country, but around the world what a value we place on life. Jennifer Rodriguez (ph).

I shared these posts on my Facebook pages and you know what they went VIRAL. Boy this has been a busy day for me! haha People are still talking about them. Not everyone is positive. But all day I had this amazing feeling. So I posted later in the day how I feel so much HOPE. 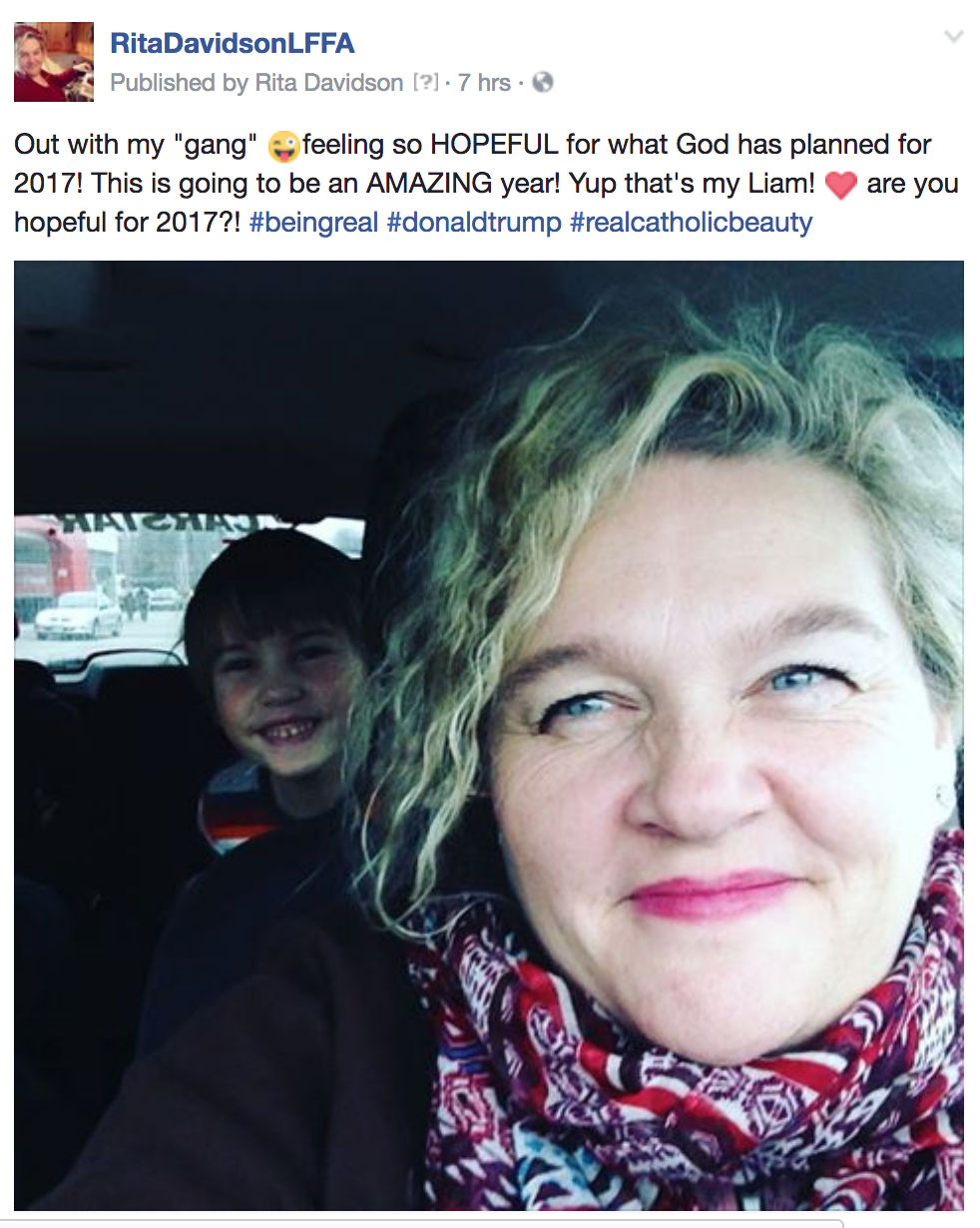 And you know what? Others are feeling it too. There is a real spirit of HOPE out there. Others are feeling it, are you?  Others are saying it was their prayers finally answered. Some saying, ” I am hopeful and so excited not just for 2017 but all four years! Trump is already making America great again and it hasn’t even been a week yet. May God bless and protect Trump and his family from the wolves so that he can continue to work for our country and save it from complete destruction.“

I am in Canada and I can feel it from here. Wow, you are all so very blessed. To have a pro-life President! How could you have ever imagined that could happen in our lifetimes? (It can only make great WAVES for us in Canada – oh we pray!)

Regardless whether you like Trump or not (and I’m sure he’ll make some slip-ups) I have two bits of advice for you:

On a more somber note, the riots from protestors and the famed Women’s March’s (so terribly sickening and impure) are the tyranny arising in response to Trump. They have gotten their way for far too long and the whining, and ranting reminds me of the devil in Mel Gibson’s Passion at the end, when he discovers who Jesus is.

Let us never forget that God can use whomever He chooses. And He will often choose the least expected to do His work. Whether the next four years are worthless Trump has already defunded Planned Parenthood and perhaps that’s all God put him in there to do. Let us NOT forget this great grace came to us on the 100th Anniversary of Our Lady of Fatima.Do not forget that is in Our Lady’s hands and our many rosaries will see those terrible misguided enemies fall.

I hope this has been useful, insightful or somehow helpful? 🙂 Please give me your comments and tell me, is Trump an answer to YOUR prayers?!

Rita is a Catholic wife, and mother of seven, with three autistic boys.  Author, of “Immodesty, Satan’s Virtue” (2001) and speaker, she has a PASSION for making #realcatholicmodesty understood. She is a licensed Hairdresser, and Make Up Pro with a degree in Natural Health who enjoys essential oils. She enjoys making people smile and sharing God’s love with anyone who will listen. After overcoming a stroke, disabilities, they lost everything in a devastating house fire that made them homeless for six months. She is determined to lead souls back to Christ by finding the #realcatholicbeauty in their lives by carrying their cross with JOY!