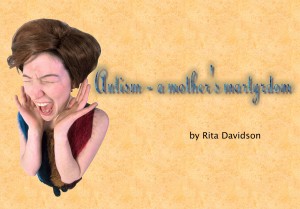 Our boys were all diagnosed at 6yrs, 9 and 12yrs. But, has that label helped them?

Diagnosis yes, or no?

I know some families that try to avoid a diagnosis. Feeling that a diagnosis will hold them back, giving them a label to carry all their life and affect their future. After all, what is a label? Years ago, people were quirky here and there, weren’t they?

Like, the family on the corner who had an adult child that never left home.

Or that fellow at the local store; there was something about him that never let him get a better job and now he’s 50.

Does a diagnosis really help? Well that could be debatable. And I don’t think there is a right and wrong here. In some respects I think labels cut off the hope we have for our children, because services today do not believe in cures or hope for healing.

There are services available now that there were not before. As more and more are diagnosed with this growing disability more services are coming out. In 1990 this disability was so rare it was 1 in 10,000, the last statistics have shown this now to be 1 in 50. How could this happen in such a short time is frightening! What is going on that we do not know?

Are we less afraid of the disability?

In general I think society is less afraid of labels today than they were years ago. Autism can be a frightful thing. To see a child banging his head against the floor and wall until his head is bleeding, is a frightful thing to watch. Uncontrollable tantrums are also frustrating. Bowel issues can be a problem that never seems to have an answer. Hugging your child, only to have him recoil can be a blast to a mothers confidence like no other. Who ever said motherhood was not, a martyrdom?

The darkness of Autism-Senses out of order

It is a whole body illness, Mental and physical.

Can you imagine if every time you hugged someone it caused you pain? Like shooting pains up and down your arms and a feeling of suffocation. Again, a child with limited language does not understanding why this would hurt, looks more confused and instead; avoids hugs. This reaction is instead hypersensitive touch sensors that are out of order, and cause pain when they shouldn’t. In the 50’s doctors blamed cold mothers for this. This lie continues to persist today in some outdated doctors and people. I’ve been the brunt of this myself.

Or what about this: a child has refused to use the toilet – gets really upset if they try to get them to have a bowel movement on the toilet. He will often run and hide when he has to go. Or he goes in odd places, like in the tub. This will be mistaken for a discipline problem, but in reality it is not.

Have you ever been constipated? The pain. Clenching your teeth perhaps.

Can you imagine being constipated when young, for years, not knowing the reason but every time you have that urge, it causes intense pain? Instead of a child recognizing how to describe this, he instead develops an intense fright of toilets since his young reasoning is off, and thinks the toilet is the cause. It just seems like discipline problems. Going in the tub is easier for him too.

Or what about the child, that keeps biting his fingers until they are raw, and you don’t know why. Only later to realize that his fingers are numb, again the touch sensors are hypo-sensitive, almost like being asleep.

Or the child that bangs his head constantly. You don’t know why though it’s frightening only to discover this child is having headaches sinus pain or numbness in his head.

This is just a small sample of how autism looks, in our family. And how much of a puzzle it can be. It can look an awful lot like mental illness at times. Other times it can look like demonic possession! Which likely leads to people’s fright of it. The darkness that parents go through before diagnosis, the pain. The mind-numbing confusion, terror and sadness all rolled into one is hard to put into words. As the diagnosis comes, it becomes part relief.

But this is an example of how autism is so metabolic. It often involves constipation, which is an indication of bowel issues and gut problems. Did you know that celiac kids can have symptoms autism-like symptoms ? Isn’t that interesting? Celiac is a disease of the gut!

Some Clues to Autism

So do we have an answer? Well obviously not, though we are all searching. Do we have some clues, YES.

1. Increasing evidence of vaccines are either causing some cases, or at least weakening the immune systems of a whole population that at least should be investigated. When a pharmaceutical industry has become more interested in profits than good science we must always be suspicious.

2. In the 60s our wheat supply was genetically modified to such a degree that today there are no original wheat grains from bible times. This is another clue to the increase in gluten intolerance, and perhaps a clue to the rise in autism. While the medical profession is still not caught up to this science, removing wheat in autism is a must.

3. The increase in celiac and gluten intolerance is on the rise like no other. This is a clue that our health is very much dependent upon a good gut. A good gut gives us a good immune system strong against invading diseases and toxins. We must remove the toxins we are aware of like wheat, at least on a trial. Then move to a more balanced natural diet overall.

4. Deficiencies are rampant, also possibly from the damaged gut, but must be looked at. Every vitamin or mineral deficiency brings with it a host of symptoms all it’s own. Great importance must be given to improving the deficiencies with supplementation and testing.

5. Faith is a must to get through each day. For any mother with a child with autism her faith is all she has to carry her through. As much as this diagnosis can crush our hopes and dreams for our child. We must see that God has given us a new opportunity to love more, serve more, grow in virtue more. We must stop asking God ‘why’, and start thanking God for giving you this special child, to grow in faith and learn to die to yourself.

God bless all you parents with disabled children! May God grant you the grace to do your best for your children! 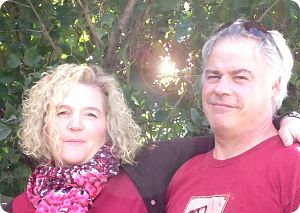